I bet you all are wanting to hear how it happened. At least that’s one of the most popular responses I get as I tell people.

So it happened last Saturday. Greg had told me the night before that his brother was getting rid of his old pickup truck. So I’ve always had a thing for old trucks. If they didn’t cost so much in gas, I’d totally get one. One day, shortly after we started dating, Greg took me for a ride in this truck. I immediately fell in love with riding in this old beat up truck. The country girl in me could not resist the thick layer of dirt on the dash. But there was a new element to pickup trucks that I enjoyed with dating. Riding in the middle of a bench seat, next to my boyfriend was pretty much one of the best things ever. That and quick right turns. You know, for reasons...

So I was pretty upset knowing that our time was limited with the old truck. Greg decided that we could pick up the truck and run to his house to take his dog out. He lives about 45 minutes away, so we could get a good little drive in.

Once we got to his house, Greg grabbed his camera. Now my man has a nice expensive camera. I used to really love photography, but haven’t done much with that besides taking pictures with my phone. Not the best quality, but it’s all I got. Greg has been encouraging me to use his fancy camera. The problem is that I’m super good at breaking things. I am clumsy. And even when I’m not clumsy, just my mere presence has the tendency to break things. Right after we started dating, Greg’s car broke down. Multiple times. And then stayed broke for weeks. True story. The other night I broke two arrow keys off my laptop. An hour later I broke the doorknob to my spare bedroom. So yeah. It’s a whole thing. (Fortunately Greg is a pro at fixing pretty well everything known to man. He’s pretty good at it. We. Are. Made. For. Each. Other.)

Anyway, Greg was teaching me bits of how to use his camera. I snapped a picture of us in the truck. I took 3 quick shots then put it away again. I can also get pretty insecure about things I’m not confident in. Greg is very patient with me.

As we rode in the truck I felt happier than I ever felt was possible. (Sorry in advance for all of the ooey gooey feelings. I won’t be offended if you stop reading.) I felt the peace and contentment and joy that comes with being close to someone I love so much. I remember looking at him while he was driving, and just feeling an overwhelming sense of happiness. I even told him that. I was so thankful to have him as my boyfriend. I love him more than I ever thought I could love someone. It’s crazy. I had spent my life putting up walls and numbing myself to protect my heart. But something was happening. He had gained my trust and I felt safe around him. I felt joy in being close to him. My heart felt so full with his arm around me. I couldn’t imagine ever being happier than I was in that moment.

As we got closer, I told Greg I wasn’t ready to give the truck back just yet. He asked me if I wanted to go to Pomona Natural Bridge. I was super excited! This was one of our first dates. And it was a nice day so it felt perfect!

Once we got there, Greg had me get his camera out. Again I was super nervous. I especially didn’t want to use this camera while we were walking this trail. It was muddy and slippery and steep in some places. Again he encouraged me that he didn’t care. I could drop it, and break it, and that would be okay. As I looked at him, I knew he meant it. Okay, okay, okay. I would try it again.

He walked me through the steps of all the fancy settings I needed to adjust. At first I was awkward and cautious and oh so nervous. I found a scene I wanted. I also have a thing for fences. I took a picture. 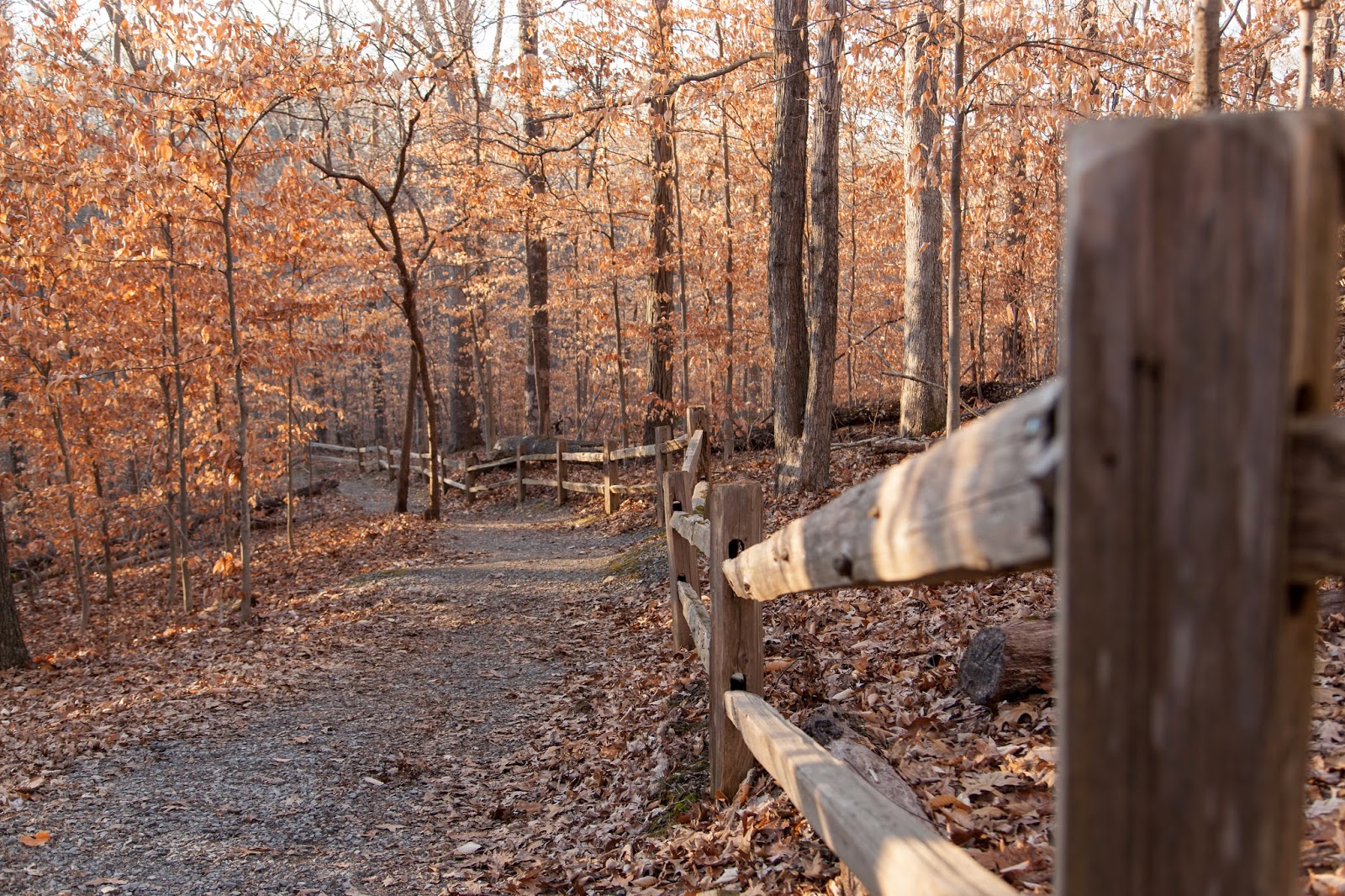 I tried a few more times in a couple different positions. I got a little more comfortable.


And the next thing I knew I was all into taking pictures. A lot of the nervousness and insecurity fell away. I was climbing down rocks to line up shots I wanted. I was no longer as concerned with how I looked or if I’d mess up. It felt nice to be doing something that I really used to love, and a lot of me still does. 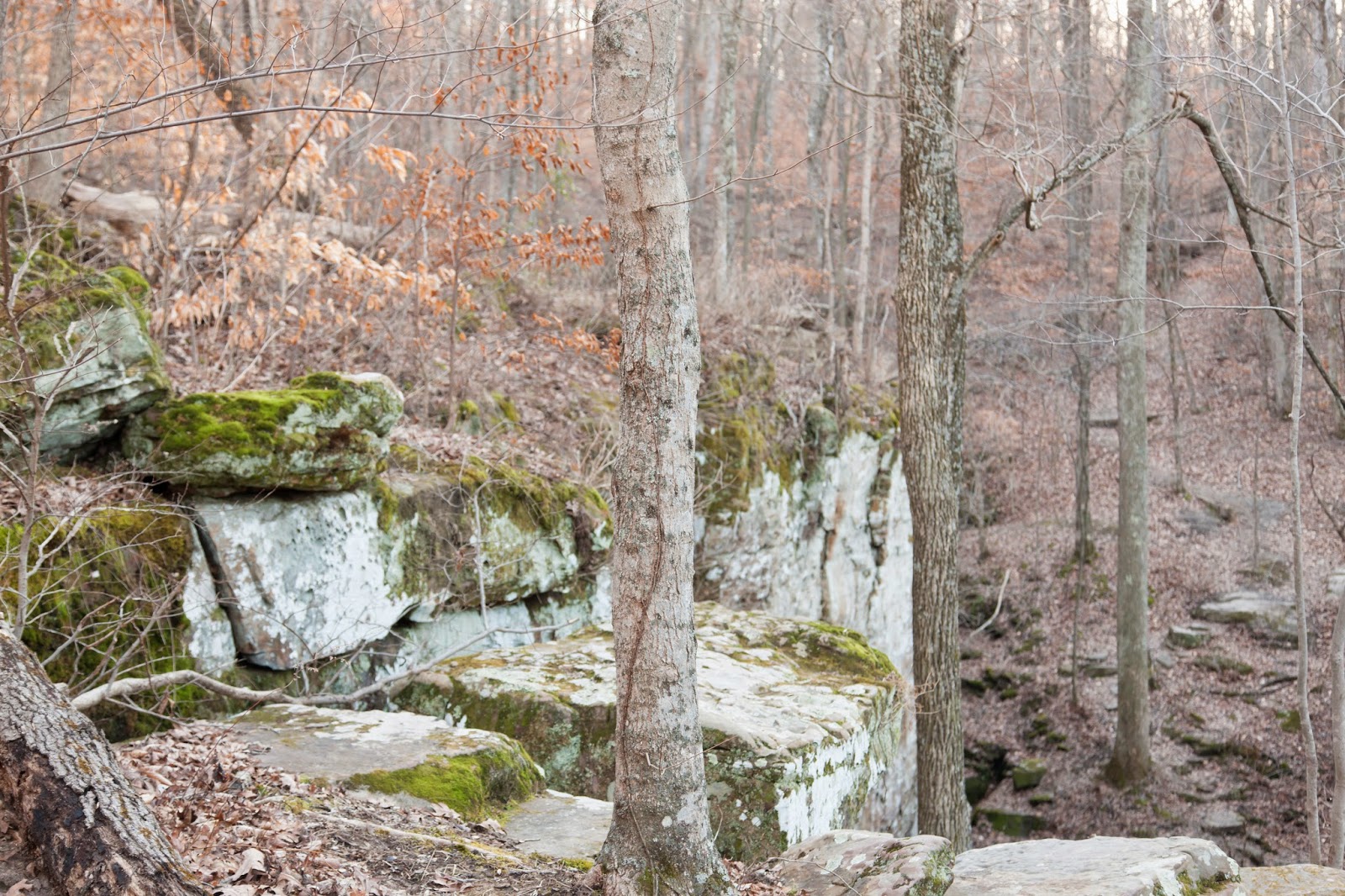 In the middle of the trail, there’s this big naturally-formed bridge that you can walk across. 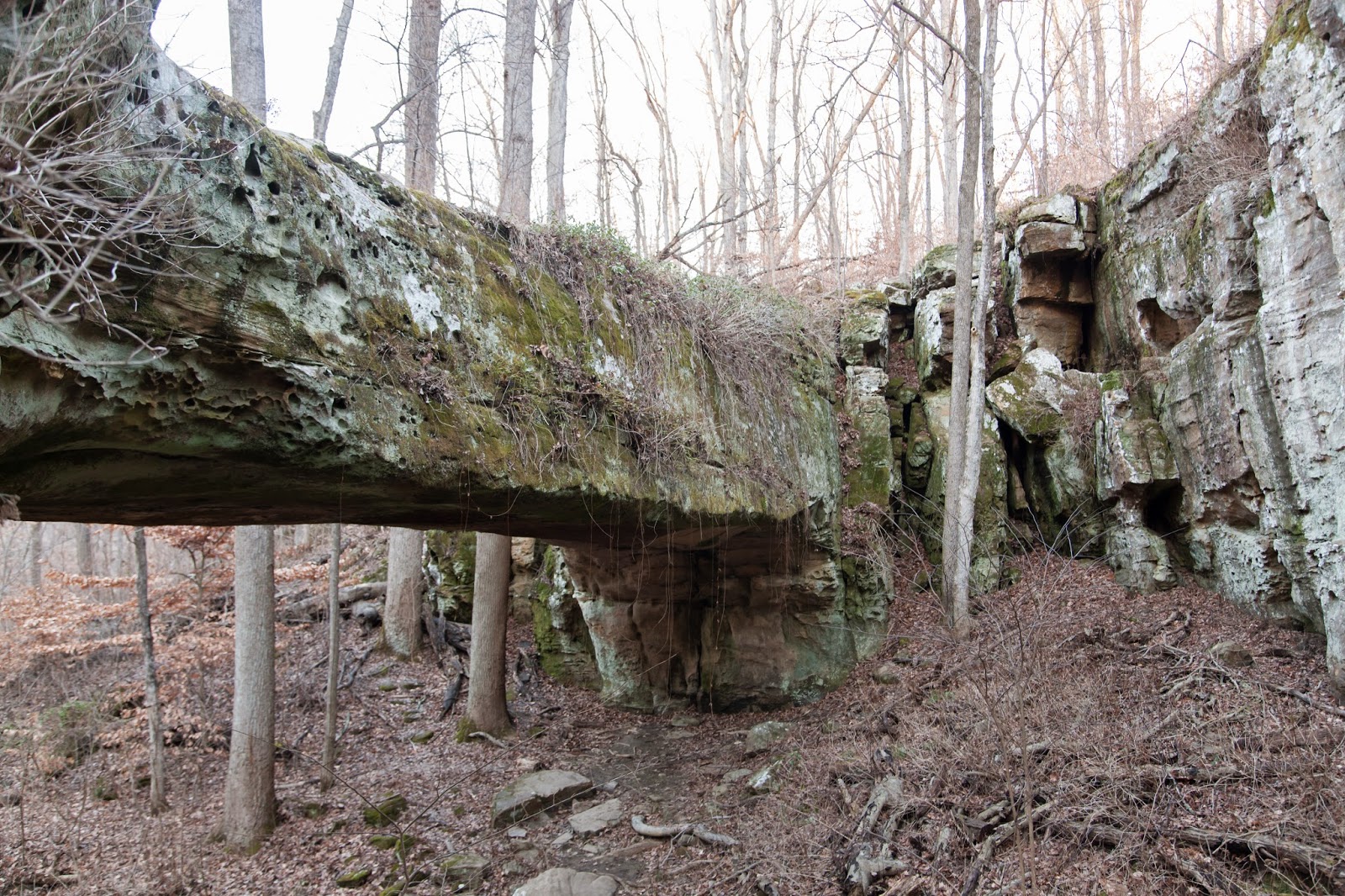 Once you get to the other side, there’s a little side trail that leads underneath it. Right as you walk under it, the little trail continues a bit to this overhang over a small stone. When you sit on the stone it feels almost like you are sitting in a cave.

Years ago I had come here on my own. It was the same year that my depression was the worst that it had ever been. I was in the process of getting better, and I chose to come here. I had so much anxiety, but I eventually found this little spot tucked away in the corner. I pulled out my Bible and was in the process of writing out the Psalms for myself to make them more personal as I prayed. I got to a part where it talked about God as our refuge and our shelter. As I rested on this little rock, under the shelter of the rocks I felt God’s presence. It was such an intimate moment.

When I had come again with Greg for one of our first dates, we found our way to this spot. Greg gave me the big rock to sit on, and he sat on a teeny little rock, that barely even kept him off the ground. We talked about big things and little things. We were still at that somewhat awkward stage of getting to know one another. We weren’t even at the point of holding hands yet. But it had felt nice to sit there with my boyfriend and talk.

So as we made it across the bridge we found ourselves to that same spot. There was some ice still leftover that I was trying to catch the water dripping off of it in midair. After what felt like a bazillion tries, I still couldn’t get it. 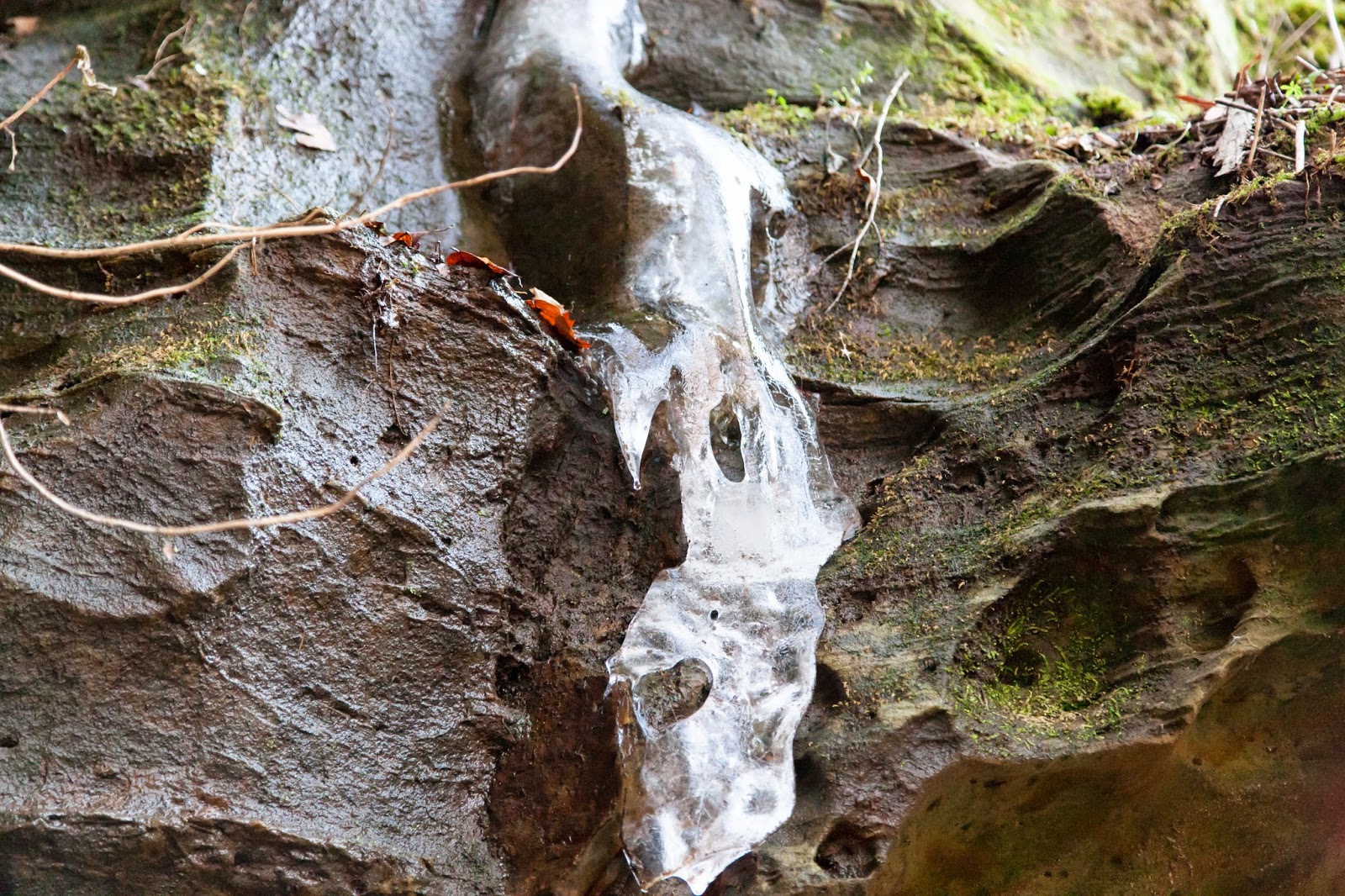 I backed up a bit so I could take a picture of this spot that felt so special to me. Greg got behind me so he could “get out of the way”. As I was trying to get the shot to line up how I wanted, I couldn’t get the camera to match what I wanted. I turned around to ask him a question…

There he was down on one knee.

At this point, his side of the story involves me yelling at him. And I think we did agree that I yelled, “What are you doing?!” Which was then followed by, “Are you serious?!” (In my defense he did fake propose once before. We were at church in the soundbooth, and he started to get down on one knee… Plus if you know how we started dating, this falls right in line with our story…) In my head, I did think he was joking at first. But when I saw the ring in his hand, I realized he was serious.

He asked me. I said yes.

He put the ring on my finger.

He got up and we hugged. I felt so much emotion that I didn’t even know what to do. And to think that an hour before I didn’t believe I could get any happier. Well, I did.

I got my picture. 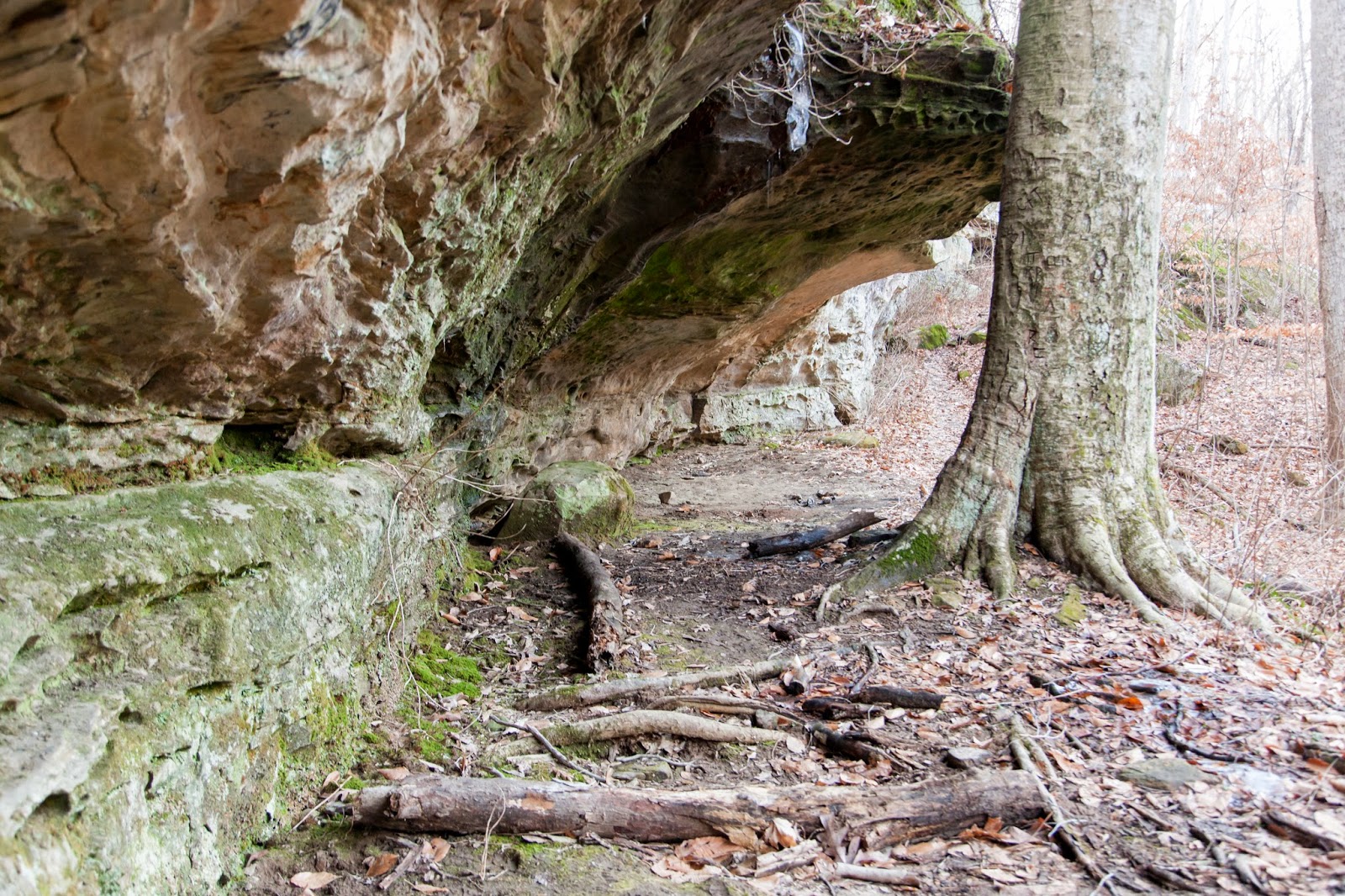 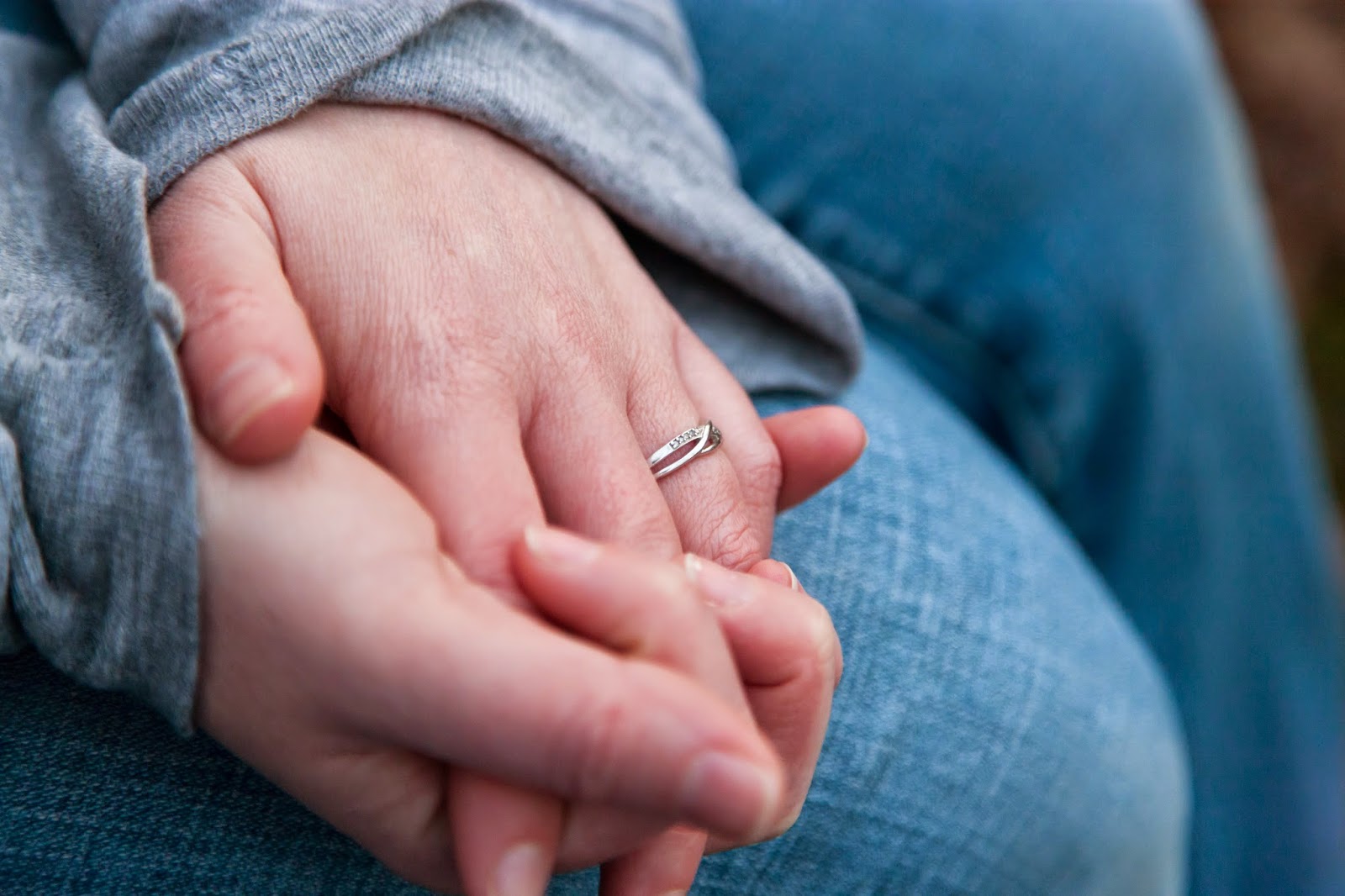 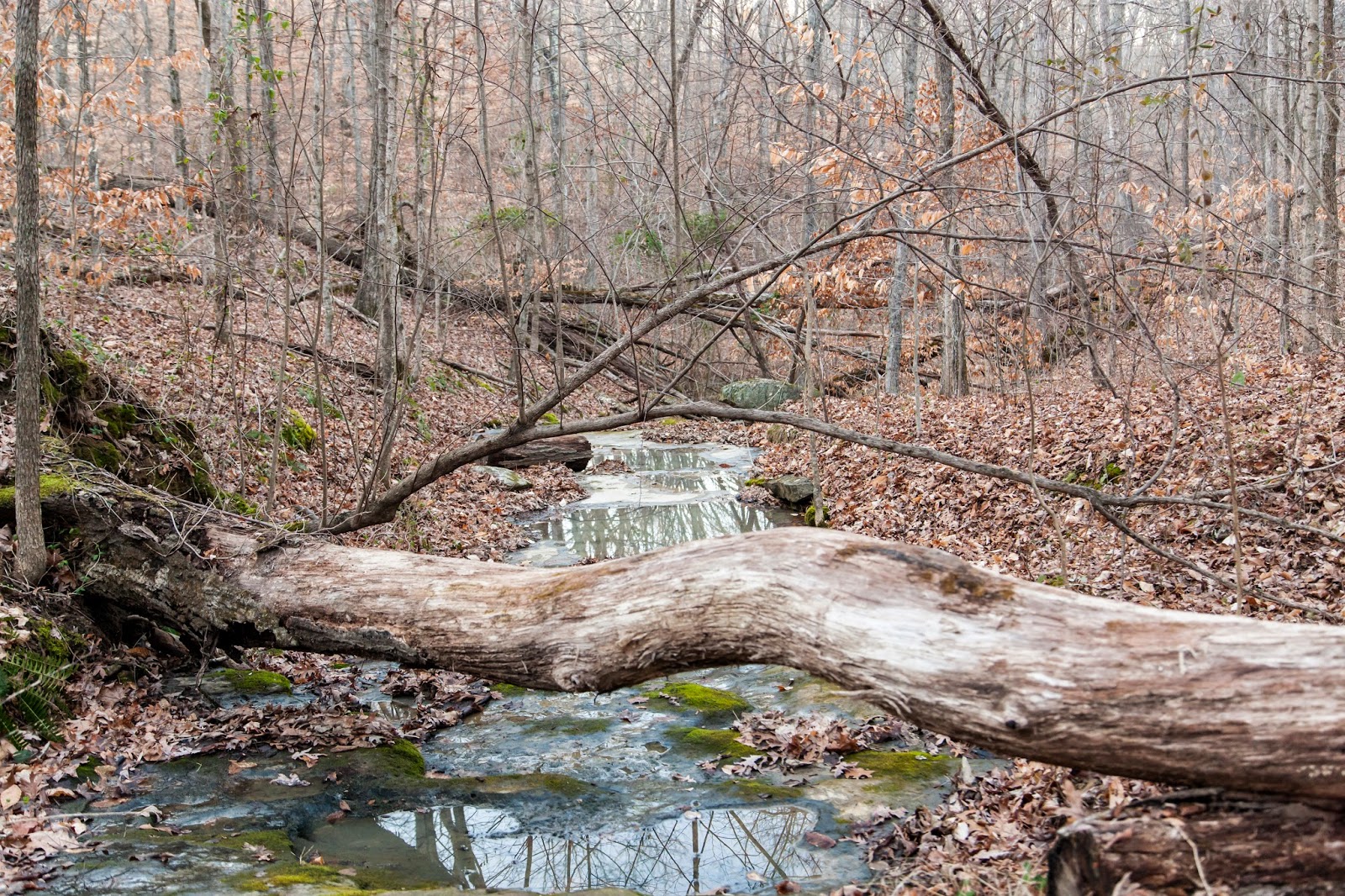 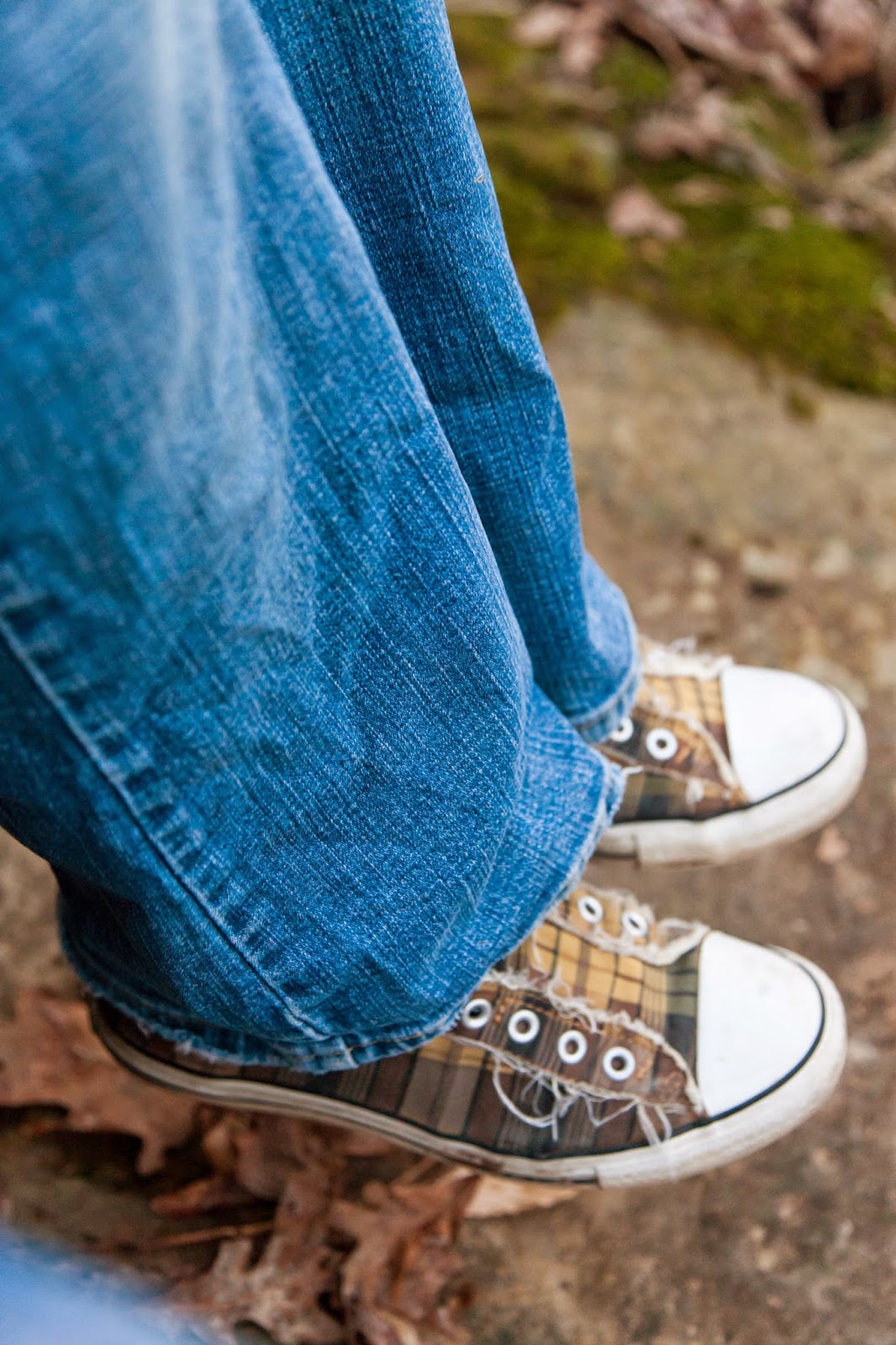 So afterward, I learned that Greg has been carrying around my ring on his keychain for weeks. I’ve been around his keys countless times. Riding in his car with them in the ignition and everything. The ring was literally dangling in front of me for weeks!

It’s also very fitting, because I’ve never worn rings. I had no idea of my ring size. One day we were sitting in the coffee house at our church and somehow Greg wondered if his keychain for his car keys would fit around my finger. And that we could use that if we got in a pinch. He had three different keyrings and the first didn’t fit, but the second one did, perfectly! He left it on there as his “placeholder”. Then he used a 25 foot tape measure to measure out this teeny little ring. He also picked the ring on his own, and it fits me perfectly.

I also find out that at one point while I was taking pictures that I was looking right at Greg as he was taking the engagement ring off his keychain in his pocket. Right in front of me!

I am getting married! I cannot believe it! Six months ago if you would have told me I’d be here, I would have laughed in your face.

But here I am. I have so much to be thankful for. I never could have ever imagined that life could be this awesome.

And I couldn’t imagine getting married to a more wonderful man. I’m just so excited!!! 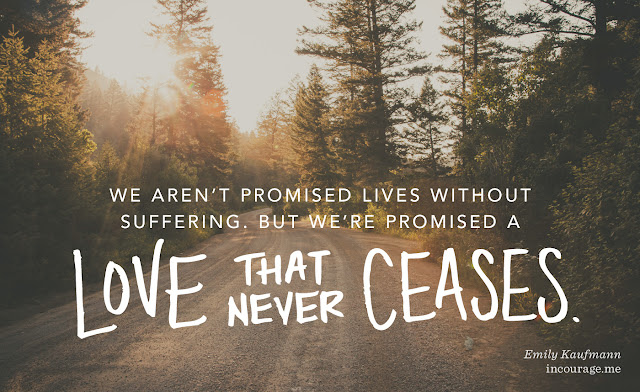